Skip to content
Welcome to the new SPA website. Login today and ensure your profile information is accurate and up to date!
Back to SPA Member Directory

American Board of Assessment Psychology 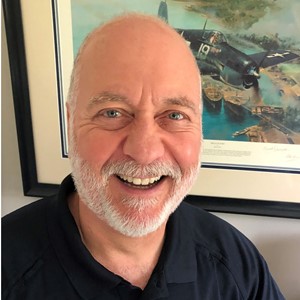 Dr. Chris M. Front is a Licensed Clinical Psychologist in the Office of Aerospace Medicine at the headquarters of the Federal Aviation Administration. He received Master’s and Doctoral degrees in Clinical Psychology from Pacific University and Master’s degree in Communication from the University of California at Santa Barbara. He is a Diplomate of the American Board of Assessment Psychology, a Fellow of the Aerospace Medical Association, and a Fellow of the Society for Personality Assessment. He is a member of the Aerospace Human Factors Association, the Association for Aviation Psychology, the Society of US Naval Flight Surgeons, and the International Association of Military Flight Surgeon Pilots.

As a Navy Clinical Psychologist, Chris served on active duty for 7 years, including 2 years aboard an aircraft carrier. He served for 13 years as a reserve officer in the Department of Psychiatry at the Naval Aerospace Medical Institute (NAMI) and was “winged” as an Honorary Navy Aerospace Experimental Psychologist. He retired from the Navy as a Lieutenant Commander.

Chris is an Instrument- and Multiengine-rated Commercial Pilot with complex, high performance, and tailwheel endorsements. He is a member of the Experimental Aircraft Association, the Airplane Owners and Pilots Association, Warbirds of America, and Navy Annapolis Flight Center.

If you are a SPA member, we invite you to set up an online account to:

SPA invites and encourages you to join our Society! By working together, we can achieve our mission to advance the practice, science, and impactof the field of personality assessment.